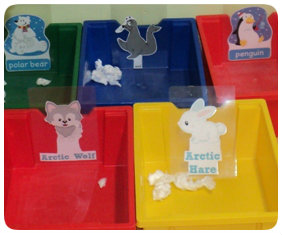 Colourful boxes, each with the picture of an arctic animal on it. And what's that? Cotton? Well, let's pretend it's snow. Get some snow and turn it into a snowball. Now, line up Leaves 2. Let's see how good you are at "snowball tossing". 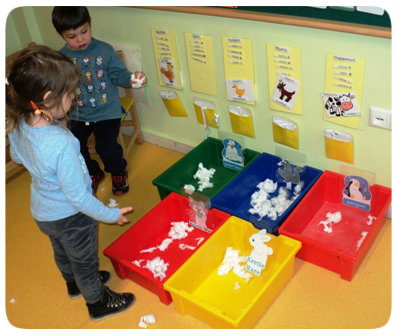 Red box. Which of the two? The one with the wolf. "Owwwwwww"

When all players had finished, we had turned ourselves into all the arctic animals we know. So much for learning ... now let's just have fun!!! 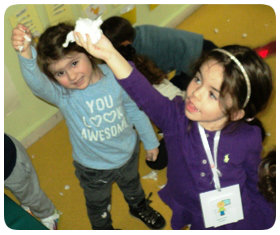 Get some snow and let's start our very own SNOWBALL FIGHT!!!

Pick up the snowballs again ... and again ... wow ! We really enjoyed that!