Buds 2, after having learnt all about the dinosaurs, decided to investigate how did they become extinct. We could do with a bit of help in such a scientific matter, so we asked the paleontologists, Dr Nadia and Dr Helen, to visit us again and tranform our veggie patch into a science laboratory. 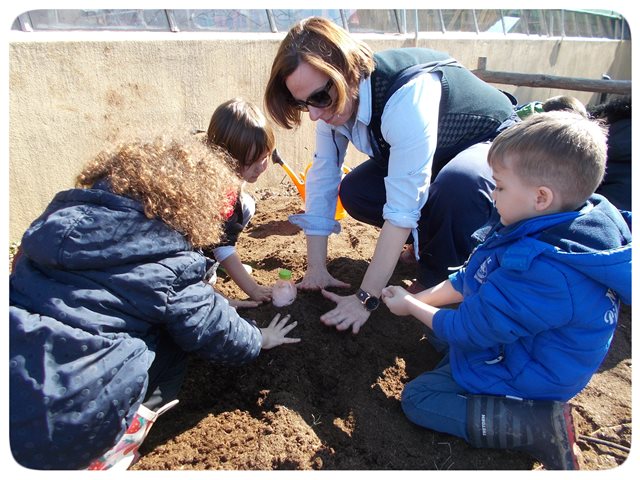 According to many scientists, dinosaurs might have been wiped off the Earth due to massive volcano eruptions. How does a volcano erupt? 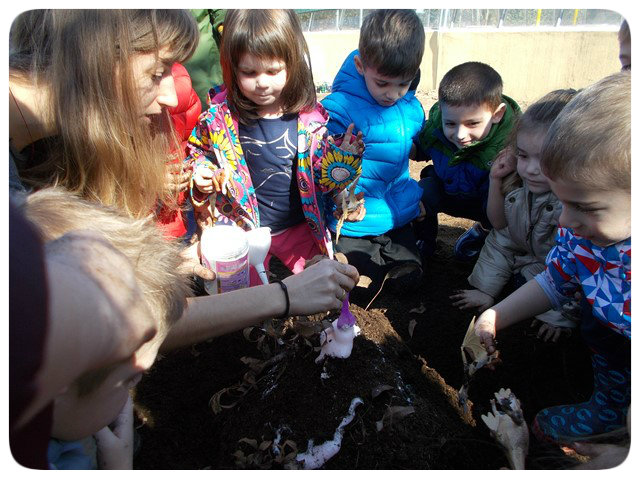 Using our bare hands and working in groups, we built "hills" around plastic bottles and once we poured the magic fluids in... hot lava emerged in front of our eyes. Thankfully, t wasn't as hot as real lava, so we had a blast playing with it! 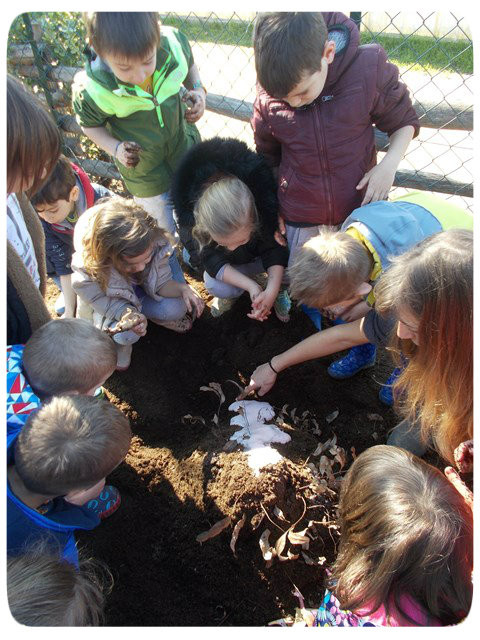 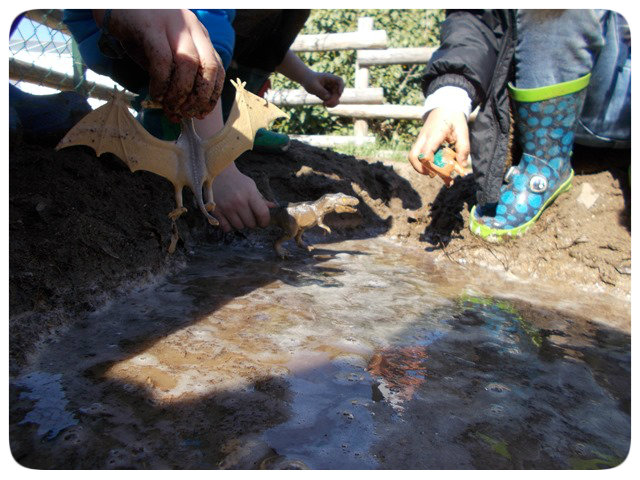