We have been talking a lot about the wolf and the way he is portrayed in many fairy tales. He plays the role of the "Big Bad Wolf" in the Three Little Pigs, in Red Riding Hood, in the Seven Goats but the truth is he is not bad. 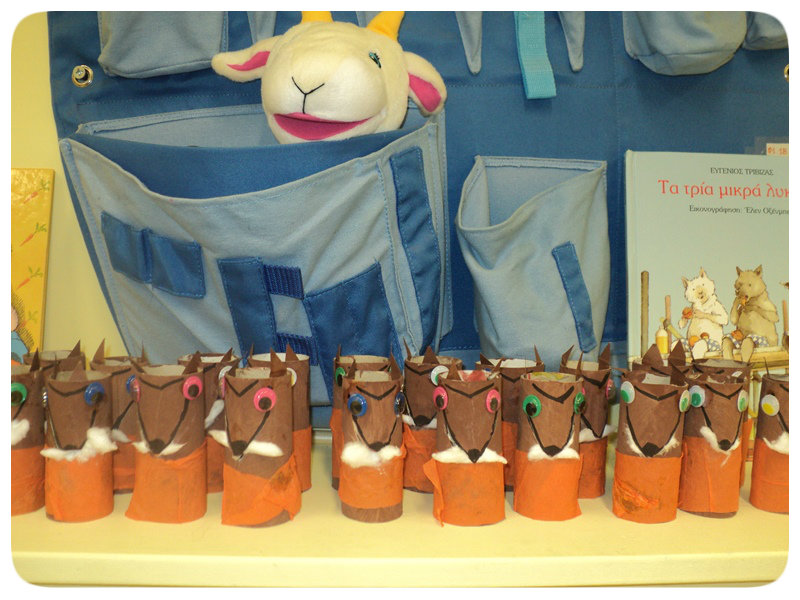 He is a wild animal, he has big teeth and shiny eyes and he does look fierce ... but he is kind and he wants to be friends with the other animals. He has been misunderstood and we have to help him clear his reputation by acting out his version of the story. Last month we made the three little pigs out of toiler paper rolls. Now, it's time to make the wolf. 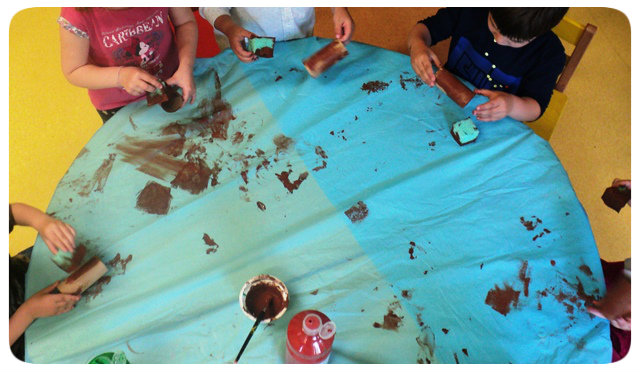 First, we need to paint the paper roll. What color can the wolf be? Black. Grey. Brown. ... Let's choose brown. Oooops, we don;t have brown. We need to make it by mixing other colors. Which colors should we mix? Green and red. Excellent! 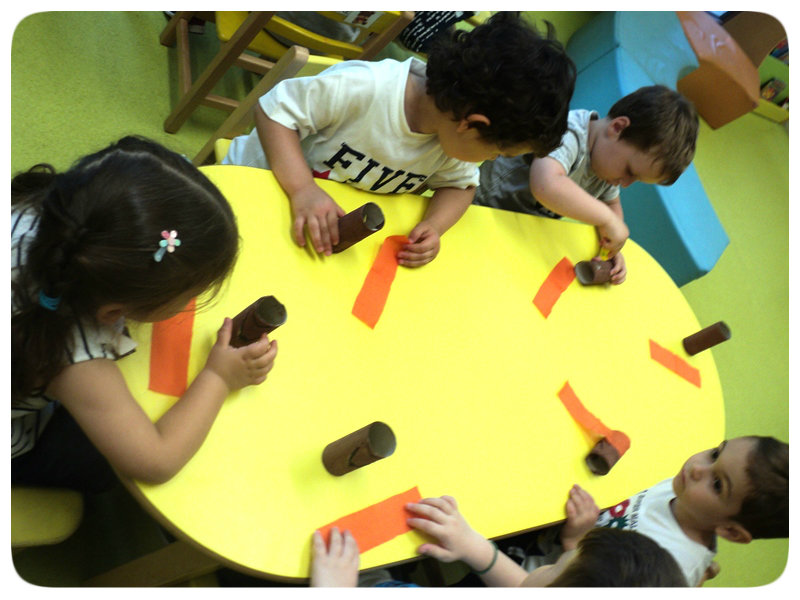 Now, since he is a puppet wolf he needs some clothes. Let's stick his orange pants. 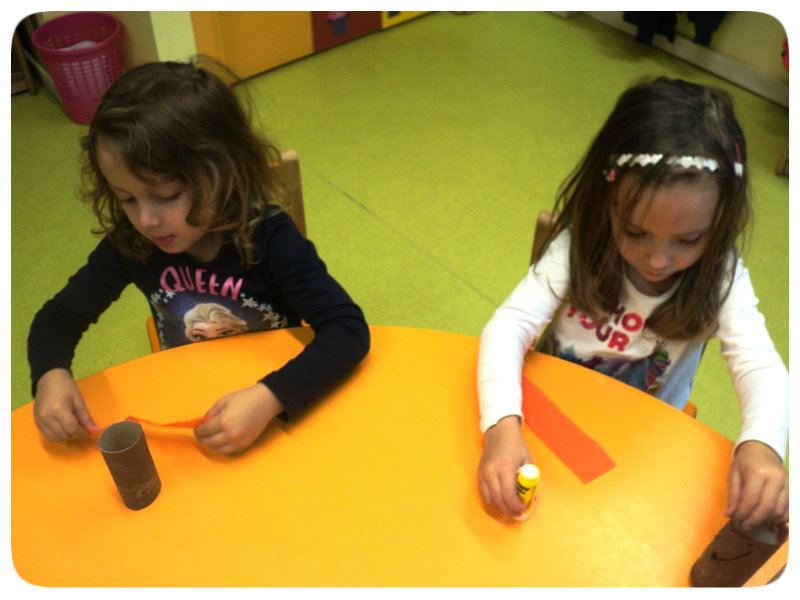 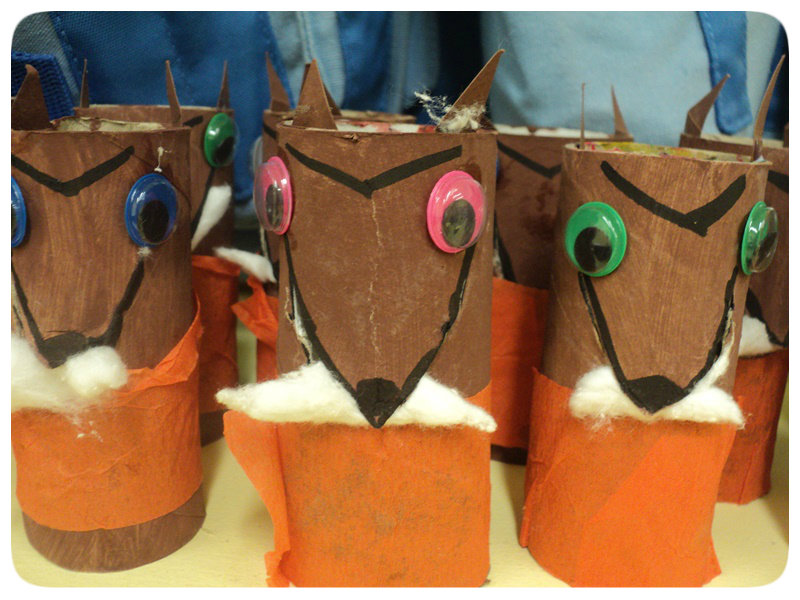 Look, Leaves 1. Your wolves are ready. Now, time to act the story the way you want it!