For Panagiotis Kontos, the American Farm School was his “home”. From the moment he walked through the gate back in 1948 until the last day of his life last April, he never stopped being thankful for everything this institution offered him. "The life of my family would be completely different if it wasn’t for the School. My father acquired skills, which served him his whole life. We sincerely thank you for everything you have done for our family", shares his son, George Kontos.

"My sister and I grew up listening to our father talking about the American Farm School and what an amazing institution it is. The School provided him ethical principles and values that followed him throughout his life. It made him what we say in simple words: a good person," he added. Panagiotis Kontos' wife, Martha Hasser, their two children, George and Maria, as well as his granddaughter, Elisabeth Kontou, generously offered to support the historic AFS Scholarship Program to honor his memory. American Farm School and Perrotis College Director of Public Relations and Alumni Office Mrs. Lila Zizoula and the Press Officer Mr. Angelos Angelidis met Mr. George Kontos and Mrs. Martha Hasser, in their hospitable home, in Neous Epivates, close to Thessaloniki. "Our desire is to cover the tuition fees of a student of the Vocational High School in all three classes, to offer him or her the same opportunities that our father had in 1948, when he came to study at the School," they said.

Panagiotis Kontos was born in 1936 in the village of Pappados, in Lesvos (Mytilene) island. When he finished elementary school in 1948, his father, who was a civil servant, learned about the American Farm School. He contacted the institution and explained that his son was a rare student, with exceptional abilities and skills. Although he was only twelve years old, Panagiotis Kontos was awarded a full scholarship to AFS, the equivalent of today’s Vocational High School today. The twelve-year-old boy took the boat from Mytilene and arrived in Thessaloniki accompanied by his father. A lawyer and friend of the family was appointed as a guardian and Panagiotis attended the School as the youngest student and boarder! However, with his skills and love for learning, he excelled and impressed the teachers and the administration of AFS. In fact, during the visit of the royal couple of Greece, he was chosen to welcome them on behalf of the student community.

In 1951 he finished High School and returned to Lesvos, where he taught at the local high school. In 1955 he has granted a full scholarship to study in the USA through the Fulbright Foundation. With a small suitcase, he boarded the ship and after a two-week trip, he arrived in New York. From there he went to Indiana to attend Goshen University, but he left choosing another university in North Carolina. During his studies he met, fell in love and married his classmate in the music department, Martha Hasser, with whom he had two children, George (1961) and Maria (1963). The couple moved to New York, where he worked as a stockbroker and a teacher. Shortly after that, they relocated to North Carolina where he started from scratch – using the knowledge he received at AFS - a vertical, automated unit for boiling, peeling, preserving, and distributing eggs. Business went extremely well, and he had managed to expand his distribution network to all States, supplying restaurants and hotels with ready-made boiled eggs. In 1988, he actively participated in the campaign of the U.S. presidential candidate, Michael Doukakis. Three years later, his patents attracted the attention of investors, and he eventually sold his business. He then set up a small restaurant chain, which expanded in three States and, at the same time, started to teach again. In 2017 he returned permanently to Greece with his wife and settled in Thessaloniki, where he remained until his death. 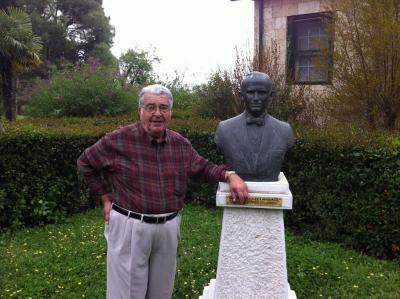 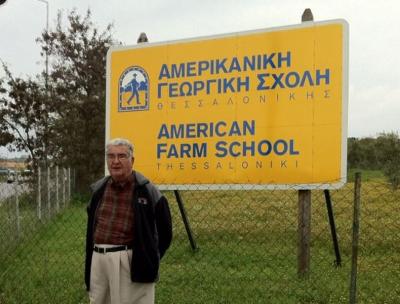 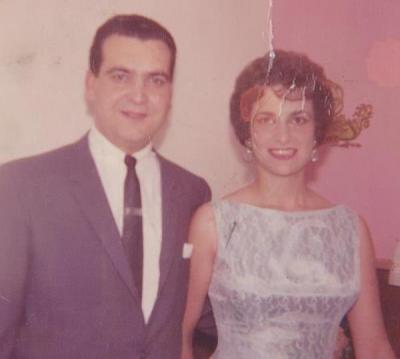 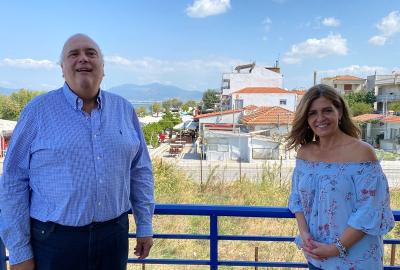 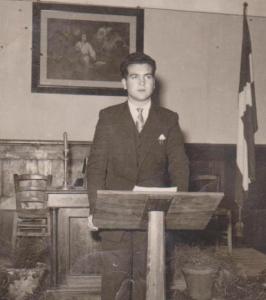 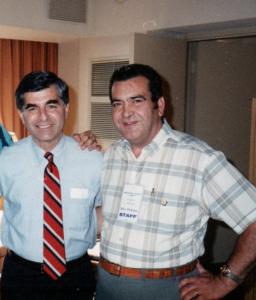