The Robotics Club of the High School of AFS achieved significant distinction among other schools participating in the CanSat competition in Greece and will compete in the finals in April 2019. CanSat in Greece is a space contest and its goal is to familiarize participants with technologies similar to those used in a satellite. The School participated with a group of five students from the Robotics Club, led by Professor of Physics Nikos Peyopoulos.

Its mission is to build a satellite-sized beverage box, which will be launched at an altitude of 1,000 meters and then separated from it. Then, it will begin to collect atmospheric data: humidity, atmospheric pressure, temperature, and in the secondary mission, levels of UV radiation. All recordings will be made with appropriate sensors, and the data collected will be sent to the ground station by telemetry and will be classified into an Excel file.

The competition is a qualifying phase of the European CanSats competition, organized by the European Space Agency (ESA) and addressed to high school students. The teams are made up of 4 to 6 members, and they are invited to visualize a space mission, design and build an educational beaker-sized satellite. 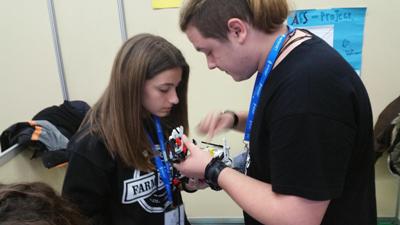 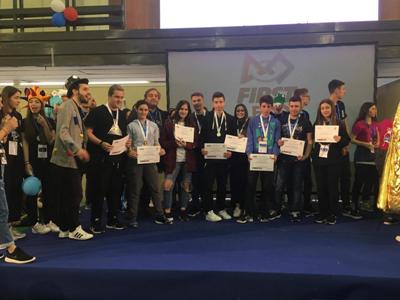