Vangelis was born in 2003 and grew up in Dendropotamos, a ROMA community in Thessaloniki. He is one of the many children of the "Lighthouse of the World” organization, developed by father Athenagoras. "It was my wish to study at the American Farm School and I am very happy to have been given the opportunity," said the 16-year-old student. He discovered AFS last year, when his brother studied at the Haseotes Middle School. "I was excited with the facilities and my brother spoke highly of his teachers and classmates. He was absolutely right. The lesson is conducted in a special way and the teachers are not only well-trained but show real interest in each student.", he added. He wants to complete his studies at the Vocational High School, sit for the Panhellenic exams and attend the Police Academy. "I want to serve in the Hellenic Police. It has always been a dream for me. And Father Athenagoras tells us to pursue our dreams until we make them come true. "That is what I intend to do," he said with disarming honesty.

Equally excited by the lifetime opportunity given to Vangelis Theodorakis, Father Athenagoras, the "soul" of the Lighthouse of the World says: "We had contacted AFS about a decade ago, at the initiative of the U.S. Consulate General in Thessaloniki. During its 16 years of operation, Lighthouse has made a small “educational revolution” in the Dendropotamos area, leading more than 450 Roma students to the classrooms. Vangelis is very happy to be studying at such a unique School. We want to thank the American Farm School and the Tawani Foundation for the opportunity they have given him," he said. 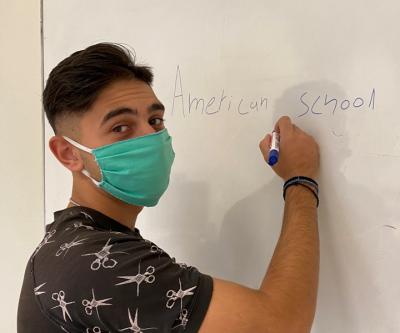 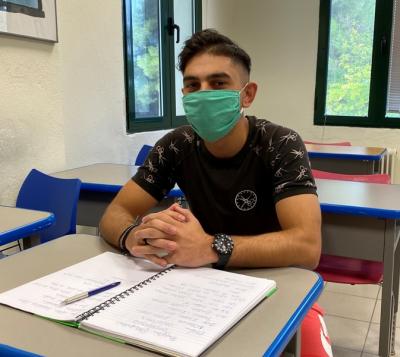