The memory of beloved Charlotte P. Armstrong, who served as chairman of the Board during the period 2007 – 2013, was honored by Trustees during their recent annual visit to the School. On 6 June, they gathered at the Konstantinos Tsatsos olive grove and symbolically planted an olive tree in her memory in the presence of staff, friends of the School and US Consul General in Thessaloniki Ms. Rebecca Fong.

Ms. Theodora Valenti read a poem by Trustee Seth Frank dedicated to Charlotte Armstrong. He spoke of a woman with many successes and values. "A woman who despite her small stature, she had great feelings for everyone and managed to overcome the obstacles, making the world a better place.”

At the reception that followed the ceremony, the Chairman of the Board Dr. David Acker talked about Charlotte’s great personality and expressed the School’s gratitude for her service. Trustee Sharon Vaino referred to Charlotte Armstrong’s own words about people honoring her. Charlotte’s instructions were “not to speak about her at her memorial, but to tell someone’s story, insisting that the spotlight be turned not on her, but on someone whose talents and enterprise she found worthy and wished to promote.”

Charlotte Pierce Armstrong was born on 13 March 1927 and died in Maine on 8 December 2017. She was the daughter of Louise P. Horwood and Professor Murray P. Horwood. She was a passionate philanthropist, especially in the academic world. She was a member of the Board of Directors of Harvard University for six years and also served as the Chair of the Board. 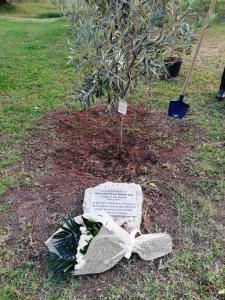 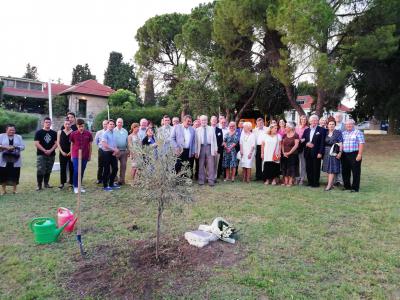 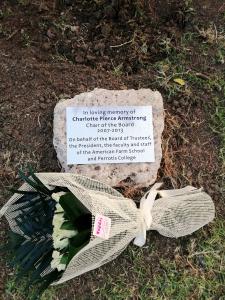 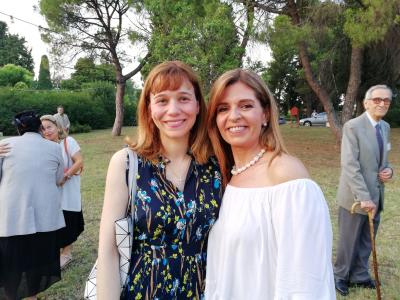 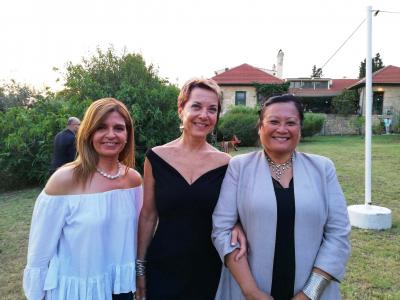