The U.S. Ambassador to the Hellenic Republic Mr. Geoffrey R. Pyatt and the new Consul General in Thessaloniki Ms. Elizabeth K. Lee visited the American Farm School and Perrotis College campus in late August. They met with President Dr. Panos Kanellis and discussed the history, the educational programs, the farm products and the role the School has played in Greece over the years.

“It’s always a great pleasure to be back on the campus of the American Farm School, really one of the crown jewels of the American educational legacy here in Greece and especially in Northern Greece. I am especially pleased to be introducing our new Counsel General in Thessaloniki Liz Lee, like me, a Californian, so somebody who understands the environment, who understands how important the work the American Farm School does is. One of the distinguishing aspects of the Farm School for me is the very strong relationship with the United States, both in terms of the foundation of the School but also in terms of continuing sustainment, donors in the United States, support from USAID in our Office for American schools and hospitals abroad, so it’s wonderful to be back on campus even at this unusual time” Mr. Pyatt said and he concluded “I promise that on the part of both the embassy but also our new Counsel General we will continue our strong record of partnership with everybody here on campus.”

Following their meeting, Dr. Kanellis gave the honored guests a tour of the campus. 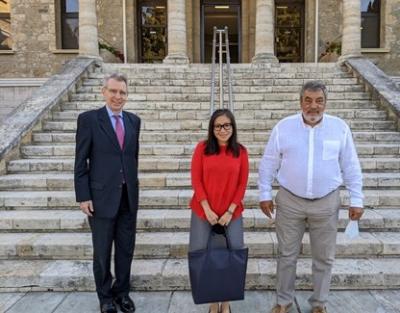 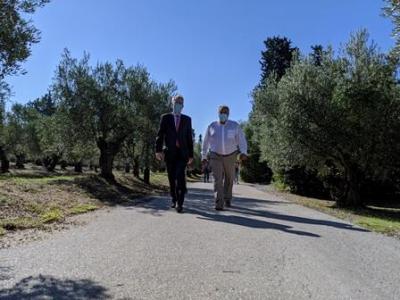 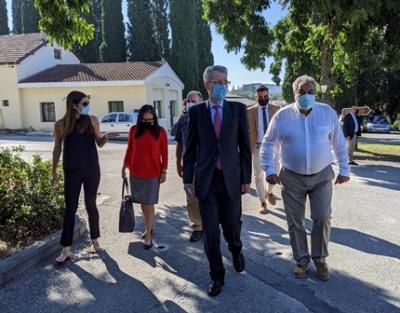 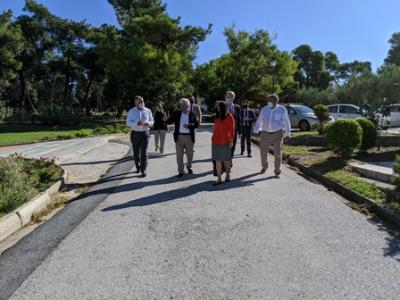 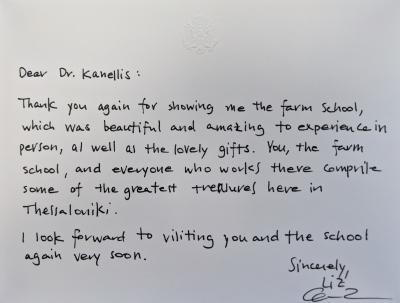