The American Farm School’s Strategic Project Management Office is participating in the European program TERMINET (nexT gEneRation sMart INterconnetEd ioT) – part of the HORIZON 2020 program – aimed at developing the next generation of agricultural Internet of Things.  The program partners include the University of Western Macedonia and 25 other universities, organizations and institutes from Spain, the United Kingdom, Italy, Luxembourg, Cyprus, France, Germany, Switzerland and Sweden.

The American Farm School’s contribution to the program is catalytic thanks to the utilization of the existing LoRa network, as well as the active involvement of the beneficiaries already supported by the School in the regions of central and eastern Macedonia and Thrace.

TERMINET aims to enhance the effectiveness of decision-making by those involved in the agricultural sector by simplifying the interconnection procedures of a large number of heterogeneous devices. Another important goal of the project is the design, development and integration of new, smart IoT devices that allow the development and implementation of new business models.

The American Farm School is once again at the forefront of agricultural developments, innovating and educating about smart farming, thus supporting the agri-food economy. 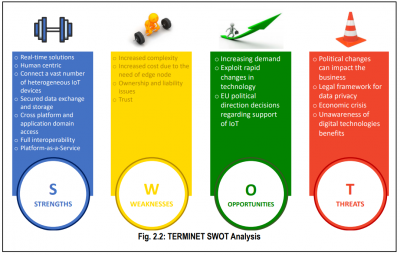