The American Farm School hosted once again this year’s 17th TMUN, on November 23rd-25th, where students from several schools in Thessaloniki participated assuming the roles of "diplomats" and "country representatives."

The US Consul General in Thessaloniki, Mr. Gregory W. Pfleger, Jr., was also present at the event, which was held at the Seth Frank amphitheater of Aliki Perroti Residence Hall at Perrotis College. In his brief greeting, he referred to the importance of the institution and wished “good luck” to the participants. The President of the American Farm School and Perrotis College, Dr. Panos Kanellis, also welcomed students and referred to the importance of the United Nations Model of Thessaloniki. As he said, "The aim of the simulation is to resolve crises and conflicts, participate in a public and democratic dialogue, acquire communication skills, develop critical thinking and familiarize ourselves with the art of rhetoric."

Through the experiential education on human rights and the timeless values ​​of the UN, students who assumed the role of the diplomat were engaged in political positions and in the consultation of resolutions and political texts as active and informed citizens of the 21st century. They also discussed issues of global concern and researched sustainable solutions in the interest of the international community, in accordance with the UN Charter and international conventions. 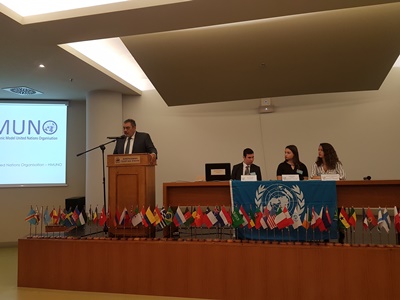 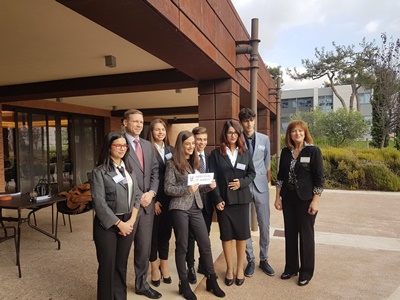 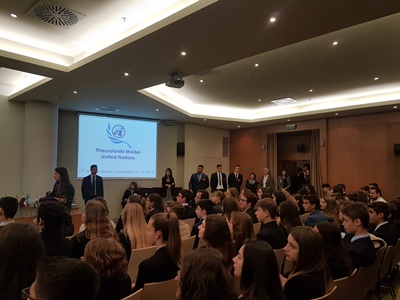