Leaves 2, do you know the story of "Red Riding Hood"? You do? That's great. Then, you can help me. First, let's meet the characters. We have four puppets : Red Riding Hood (we will call her Red), Grandma, the Wolf and the Woodsman. 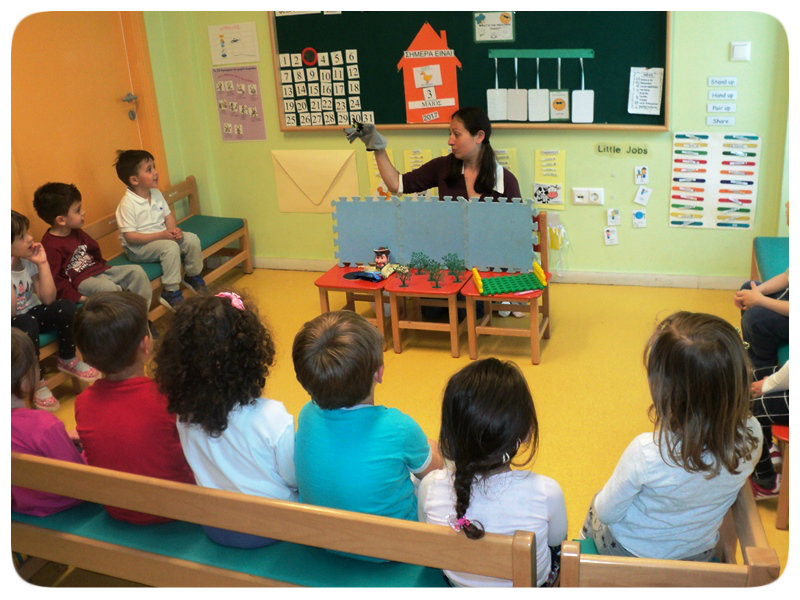 Oh, no! One of our puppets is coughing. Who is it? Who is sick? Yes, grandma is sick. How can Red help her? Soup. Yes, that's a good idea. Let's make some soup. What shall we put in the pot? Carrots, potatoes, tomatoes, onions, peppers ... yummy! And healthy! 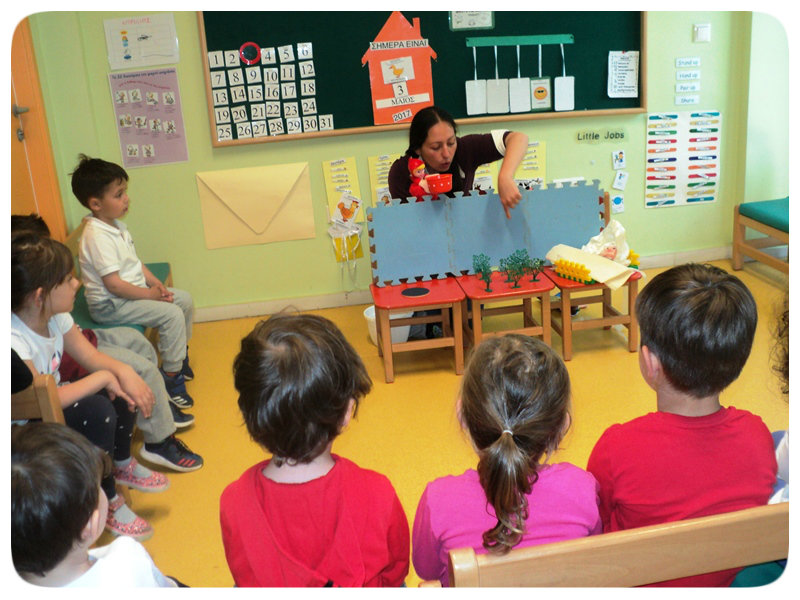 Now Red has to take the soup to grandma's house. Be careful, Red! Take the road that goes around the forest. It's longer but safer. Go straight to the house. Don't talk to strangers! 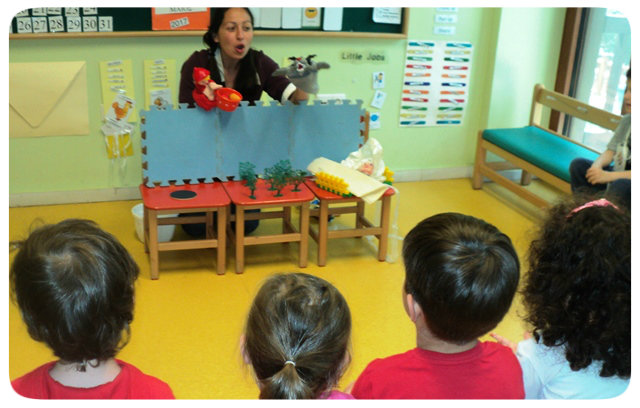 Look at that! Red is walking through the forest. And she is talking to someone. Oh! It's the Wolf! Red tells him everything and the Wolf tells her to pick some flowers for her grandma. While Red is picking flowers the Wolf runs to grandma's house. Grandma hears the knock on the door. She looks throu the keyhole. Oh! NO! A wolf! She cries and hides under the bed. 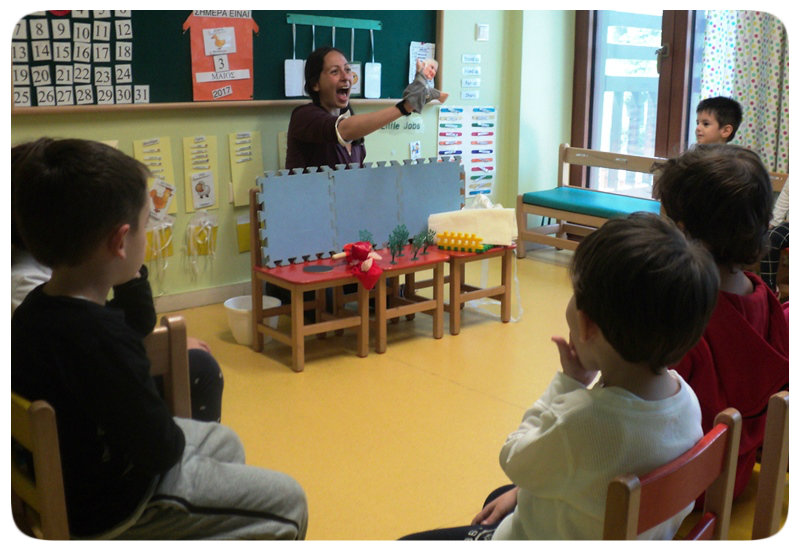 The wolf goes in and gets into grandma's clothes and grandma's bed. If Red thinks that he's grandma, she'll give him the soup. Red comes along.

"Grandma, what dig ears you have? "To hear you, my dear." 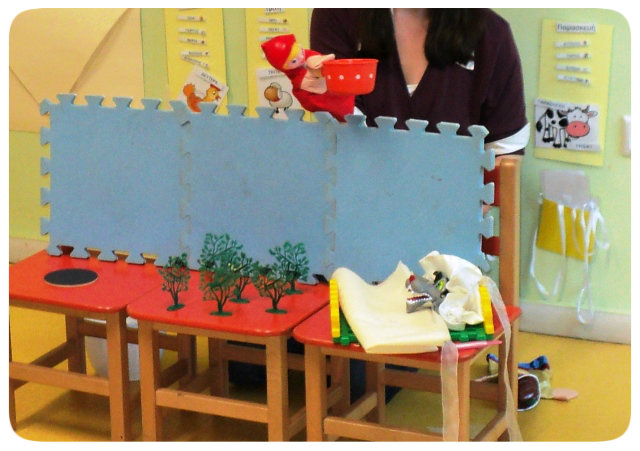 "Help!" cried Red. And the Woodsman heard her. "Naughty wolf!", he said.