Sixteen AFS high school students recently attended the first ever PeaceJam Greece conference in Athens and participated in workshops with non-profit organizations to learn about leadership and service programs in Greece.

They also created a short video presentation on recent PeaceJam projects, including Project LifeBag, which won the Billion Acts of Peace Award in 2016. Through Project LifeBag, students filled over 600 backpacks with supplies that were distributed to refugee children in camps in northern Greece. The conference further served as a platform for participants to discuss their plans for the next phase of the project, LearnBags: a program that will provide refugee children with school supplies and help them integrate into the Greek school system.

The two-day event concluded with a talk by Nobel Prize winner Adolfo Pérez Esquivel, leaving the participants moved about PeaceJam’s work in Greece. Two of our students even had the honor of sharing a meal with him during the event. One thing is certain; upon the conclusion of the conference, everyone left feeling enthused and reinvigorated, inspired to make a positive change in their communities and the world. 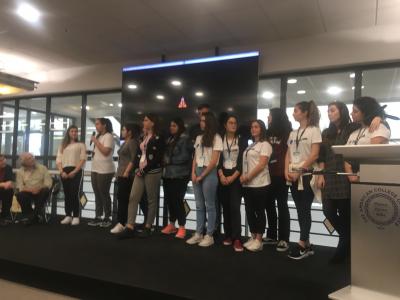 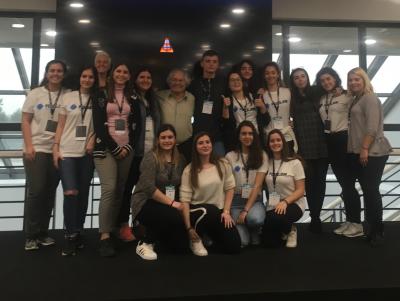